September arrived and we all went back to Dutch school without discernible fanfare, which, in itself, deserves acknowledgement. I mean, I don’t want a fanfare for the lack of fanfare, just a tiny tap dance. A small, GIF-like shimmy. Hey! Dutch school! No big deal! We know what we are doing now. We know people. Real people, not just pirate fairies. It’s difficult to mark this breeziness without negating it entirely. Possibly that ship has sailed, simply by writing this paragraph. I’ve never been much of a believer in the Subtle Art of Not Giving A Fuck. If it’s an art, then there’s a fuck in there somewhere.

Of course, the best way to not give a fuck is to have no clue as to what is actually going on (eg: stoners, people who don’t read the news, the President of the United States), which is why the four year old has coped so well with our move from London to Amsterdam. Or, rather, has seemed to. Before the summer, his teacher The Meester voiced some concerns about the four year old. Why does he hit? Why does he shout and scream sometimes? Why doesn’t he listen?

“Because he’s a baby,” I shrugged.

“He’s not any more,” said The Meester.

When you have a baby – I mean, an actual baby, not a school-aged baby like ours – you don’t have to explain anything to it. Things just happen to you if you are a baby. It must be fucking terrifying. You’re in one place, then you’re taken out of that place and strapped in to something in a new place, then HOLY FUCK THE NEW PLACE STARTS TO MOVE!! FAST!!! This happens again and again, and eventually you come to understand that this moving room is called a car. You get taken out of the moving room and sometimes you go into a new new room, but you always go home to the old room at the end of each day, apart from the day when you don’t go home, and you have to stay in this new new room forever. Because guess what? You just moved house, baby.

We arrive at school one morning late September, the nine year old and the seven year old go to their classes (NO BIG DEAL! JUST STROLLIN’ IN THERE! NON-FUCKING-CHALANT, MY FRIENDS!), and the four year old starts to wander over to his side of the school.

“What?” he looks at me suspiciously. It’s not cool anymore, being clueless.

“Remember, no class for you today.”

To keep us adults on our toes and bolster the utter bafflement of our infants, Dutch schools throw an extra seven or eight free days to the Kleuters – the Early Years, the Kindergarteners, the plegm-ridden biohazards – whatever you want to call them. It’s come at a good time for us, though – the four year old’s tantrums, whilst fewer, have increased in intensity. He wasn’t a fast talker in English, so arriving here just as he turned three has stunted his home language, confused him in another language, and, frankly, pissed him right off.

“What do you want to do?” I ask him. Genius, right? I’m giving him the impression that what he says matters, so he thinks that he is Taking Back Control. I mean, it’s just one little decision, for a quiet life. When did that ever backfire?

Artis Zoo is on the other side of town, but Steve the Bakfiets gets us there in about twenty-five minutes. ACROSS TOWN. IN TWENTY-FIVE MINUTES. ON A BIKE WITH ITS OWN HASHTAG. No big deal, obviously.

It’s just after opening time, and breakfast is being served. Huge piles of fruit and vegetables are dumped around the monkey enclosure. The monkeys aren’t out yet, and a flock of seagulls descend upon the grub.

The tiny monkeys are released into the enclosure, and the free-loaders skedaddle. The four year old squints at the monkeys.

“SQUIRRELS!” he says, exasperated. Eekhorn is Dutch for squirrel, and yes, it’s pronounced acorn. It is hard work, learning two languages at once.

The four year old picks up a large leaf.

The four year old consults his leaf. He presses some buttons on the leaf.

He eats most of his packed lunch at 9.30am, and then we wonder over to the lion enclosure. There are two lionesses in the lion enclosure, so actually, let’s call it the lioness enclosure; faced with the indignity of captivity, we can at least spare these ladies the patriarchal assumptions of our language. The man lion – I guess, let’s just call him the lion – died a few weeks ago, having reached about ten thousand years old.

“Where is the Daddy lion?”

He thinks. “Where is the little boy lion and the big boy lion?”

“There isn’t a little boy lion or a big boy lion.”

Behind us, a herd of school children bustle noisily past.

“What a lot of brothers and sisters!” exclaims the four year old.

“What a haai!” says the four year old, covering his ears.

“Wat lawaai,” I agree. Lawaai means loud noise; haai means shark. This is what happens when a four year old learns new language, whether it is his first or second; “I am careful with the knife,” he’ll say at home, as he makes a sandwich. “It is very shark.” 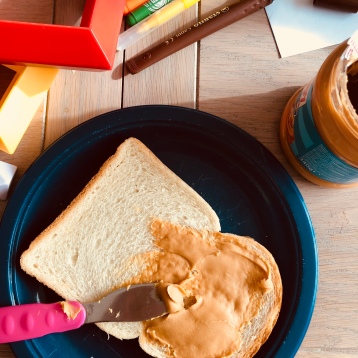 We make our way to the gorilla enclosure. Two American mothers stand chatting, whilst their kids repeatedly tap the window of the enclosure, waving at the gorillas.

“It’s totally unacceptable,” one mother is saying. “There should be some sort of consultation, with the parents.”

“Right!” replies the other mother. “Why are we paying all this money, otherwise?”

“LOOK!” says the four year old. “The baby has a blanket!”

I look around for a baby, and then realise that he is pointing into the enclosure. A small gorilla has a blanket on its head. When the American kids bang on the window, the gorilla bangs back from beneath the blanket.

“I do that with my blanket on my head!” he exclaims.

A sign on the window explains that this gorilla is new to the zoo. Abandoned by her mother at another zoo, she has come to Artis to give her one more chance to grow up in a band of gorillas. DO NOT KNOCK ON THE WINDOWS, says the sign. THIS WILL ALLOW HER TO FOCUS ON THE OTHER GORILLAS IN THE GROUP AND LEARN NATURAL BEHAVIOURS.

The American mothers herd their young to the door. “I just think,” says one of the mums, “that it’s our right to know what is going on.”

“Starting again in a new setting, at a young age, is very confusing.”

It is a few days later, and I’m sitting in an office, speaking with an educational specialist from the local Parent and Child Health Team. I have asked for extra help in supporting the four year old. And lo! Here is the help. Anyone can ask for this help. For free! No big deal! We talk about what the four year old finds particularly difficult; namely moments of transition during the course of the day.

“I used to just pick him up,” I say, “when he was smaller, and we needed to go somewhere.”

2 thoughts on “No Big Deal”